A Taste of WINE 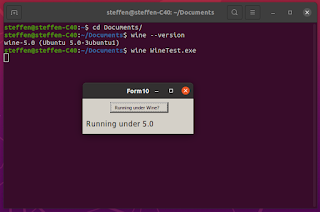 It has been a while since I mentioned what has been going on with Siege Of Avalon - and the short story is that I have been involved in getting the game re-released on GOG and Steam - the long story deserves a longer post another time.

We currently have a bigger update/patch planned - that would be the 4th - since its re-release in April 2021 - but it is not finalized what goes in and what not.

But one of the minor things, is trying to make the game more Steam Play friendly - so that basically just allowing custom ddraw.dll and disabling a few things when run under Wine/Proton - so that the game is playable without the need to jump through hoops like winetricks and  protontricks.

Since these compatibility layers are meant to be transparent to the windows application, one would need to actually in some detect if running under Wine, luckily there is an extra bit in the NTDll.dll - the wine_get_version function.

So dynamically loading of the Dll, and try to get the address pointer of the function will reveal if your plain Delphi VCL Windows is run under Wine on Linux (or other Wine supported platforms).

The code for the simple test pictured:

This is by no means the real deal, but if it helps bringing an existing application run on a different platform and making it aware of that - then it might be helpful.

A more "correct" way to migrate existing VCL applications could be https://www.crossvcl.com, but in this case that is not doable - since not a standard Delphi VCL application.

But as you can see below this detection short-cut can help create an experimental build of Siege Of Avalon that is running on Steam Play out of the box. AS-IS. 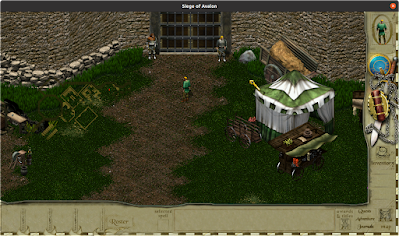 Please support the nice publisher of this re-released classic old game, and their willingness to keep releasing the Delphi code of the GOG/Steam releases.

Posted by Steffen Nyeland at 23:16